“If only one human from every group that visits this place will get inspired, then the world will be a better place” /Roger says watching the campfire

One lazy morning my friend Mariami rushes into my room and excitingly offers me a chance to visit Organic Art Ranch, “a place in the mountains where people do cool permaculture stuff” - can’t say no to that offer. 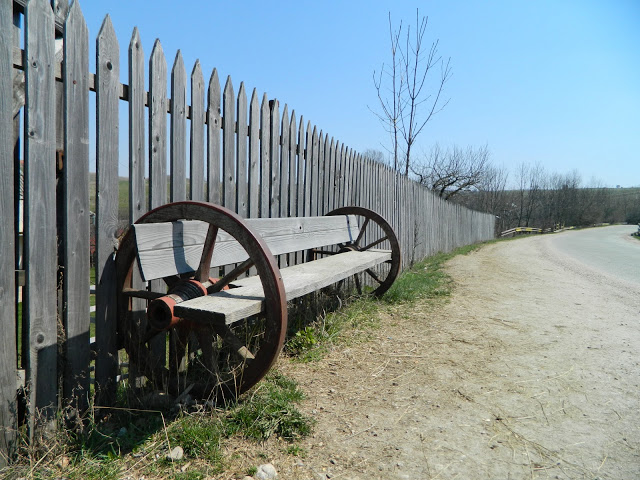 A week or so later, we set off to another daunting train Ride across quarter of Romania from Arad to Huedin, a village of 9000 people, where we pick up needed supplies we are expected to come with - some food and cardboard box. As there was no other way but to hitchhike, we wrote “Răchițele” on our box and hiked along the road, anticipating of what’s to come. On three cars we crossed all Mărgău commune into the Răchițele centre, a village of supposedly 836 people. It seemed just what we expected - a lot of mountains, confusing street behind a fence and no idea where to go. Fortunately, we got a lift from a neighbour of “Casa Mexicanului”, how the locals like to call a place where foreign youngsters flock so much.

Upon our arrival we were greeted by Roger, very friendly guy, who hosted us the next days. He gave us a brief tour around the property, told what we are about to do and the reasons why. Not too long the other volunteers arrived who are doing their ERASMUS projects in nearby Kluj-Napoca. They also have brought cardboard boxes, not too much smaller than ours we found at shoe shop. After the dinner I made a fire to sit around, discuss our ideas about what we are willing to take from this experience, why we came, what are we expected to do and what we will learn. By the campfire we were introduced with other resident and a volunteer working on gardening projects from Australia. 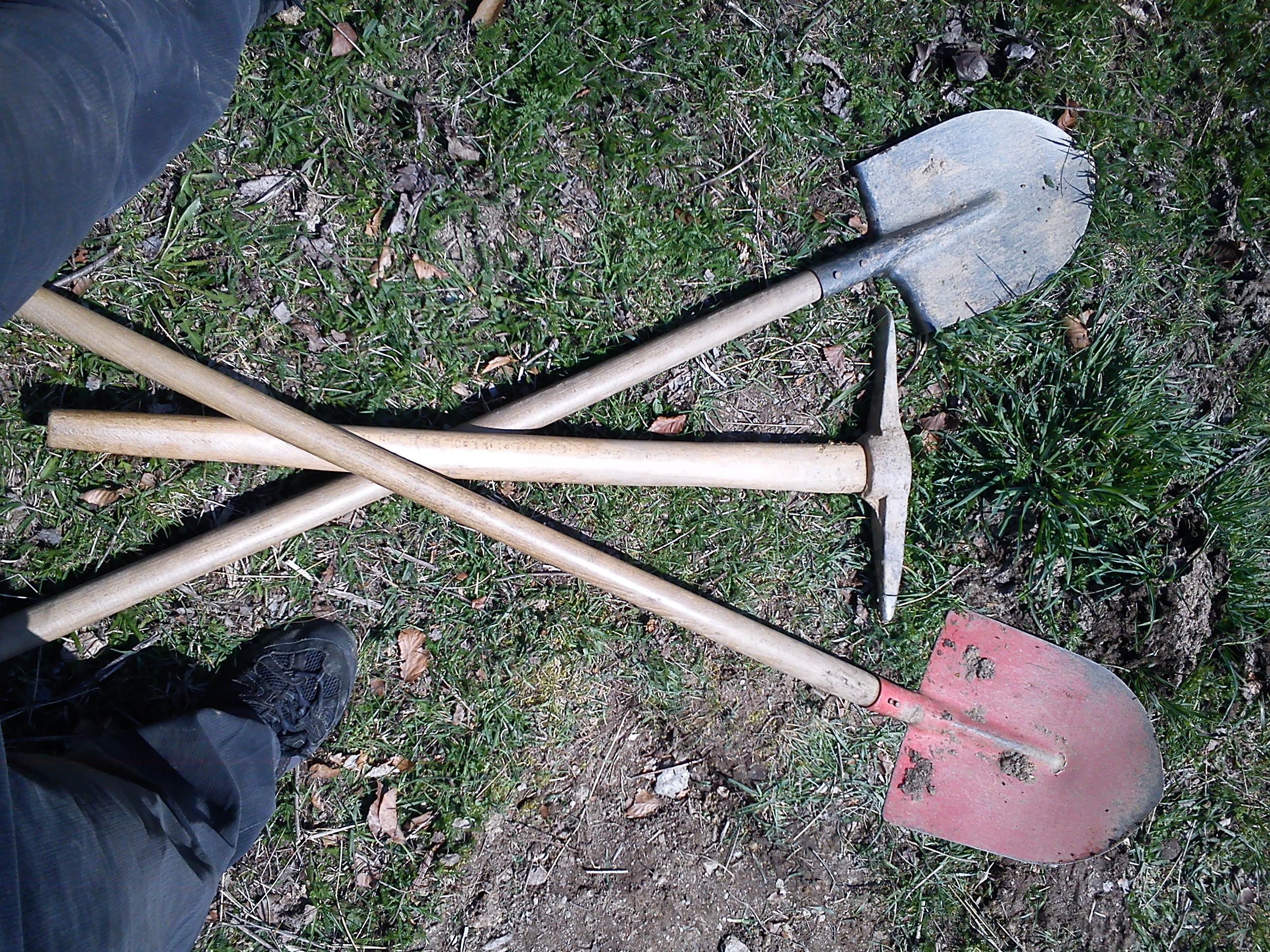 We got up in eight o`clock in the morning, had a swift breakfast and volunteered for our desired jobs. The girls started to clean the yard and prepare ground for making garden beds on sloping mountain. My first day’s work was to dig an outhouse we crudely designed that morning. That should have been the most amazing outhouse that has ever existed - high in the mountains, facing other snowy mountain peaks and planned tent village. I got assigned my tools - a pickaxe and two shovels. I boasted to be “master digger”, but that didn’t apply in the mountains of Romania, as I have never even seen pickaxe before in my life. I have spent most of the day tirelessly picking and shoveling, going only frustrating half a meter into the ground, before it started to rain. 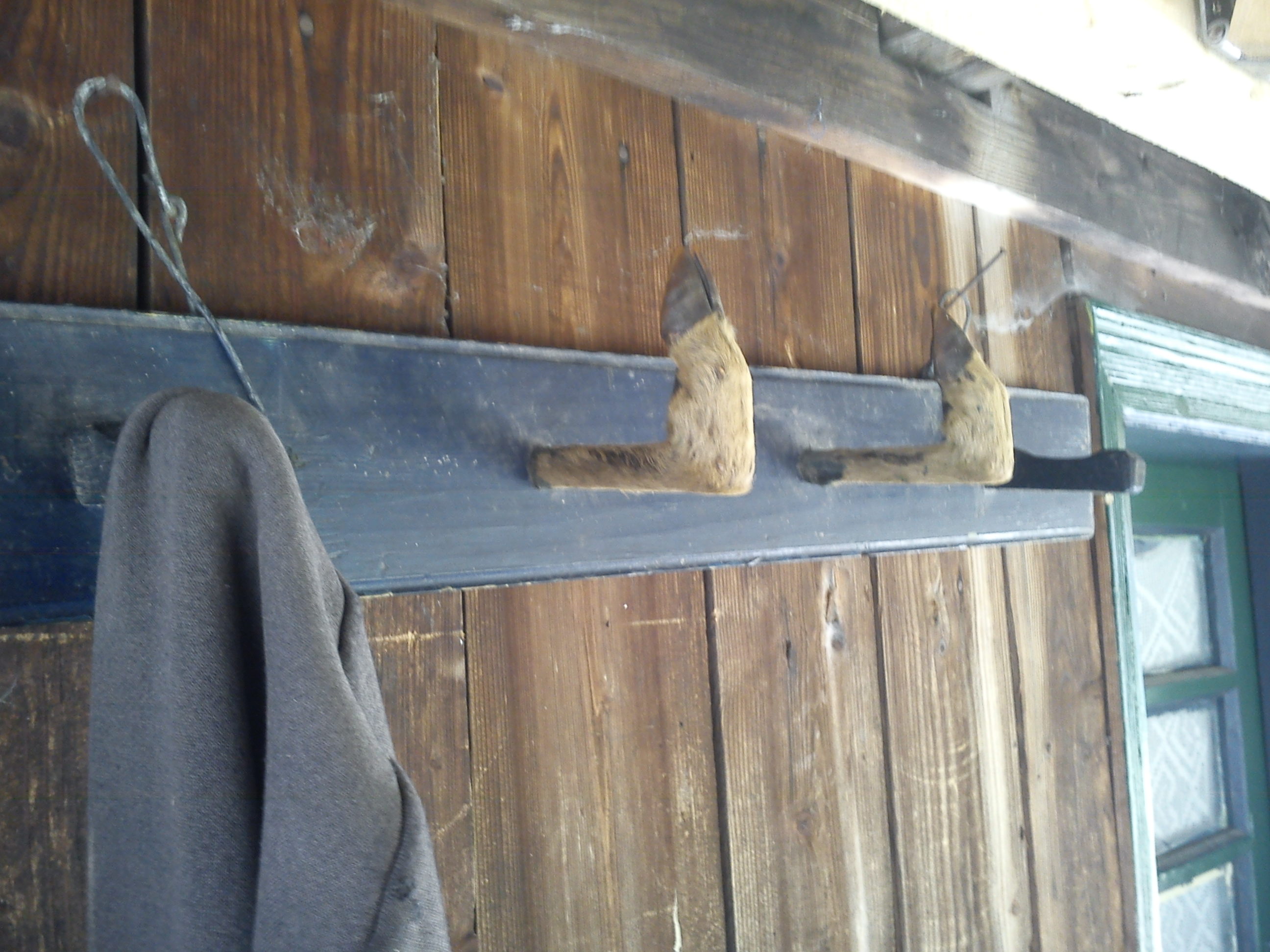 “Look, you see those green patches of grass on the ground? That is where rabbits went to relieve themselves”, told Roger, proudly showing how composting affects growth.

After the lunch, digging was postponed, as the pit filled with water of unknown origin. My then work was to supply long willow branches to the girls, who wove them into beautiful wattle fences for garden beds. Whereas the wattle fencing is considered to be the lost art in United States of America, Zediņi is continuous tradition in Latvia. Originated in Great Britain, basically it is the willow branches running slalom in between the poles to create fence. It may be used not only for making screens, fences and borders, but even landscaping and raising gardens. The later variations is what we have used it for. We have made raised garden that supposedly killed all the weeds under it (hence the cardboard) and gathers running ground water, which minimizes costs and adds to sustainability of the farm.

When woving finished, we layed down the cardboard boxes and proceeded to carry composted earth from the pits to new garden beds. At first I had to showel composted earth into the wagons, but later on changed with girls, who didn’t want to carry a wagon up and down the hill, where you had to slow down not to lose the wagon or run not to stall. We finished the work in no-time. 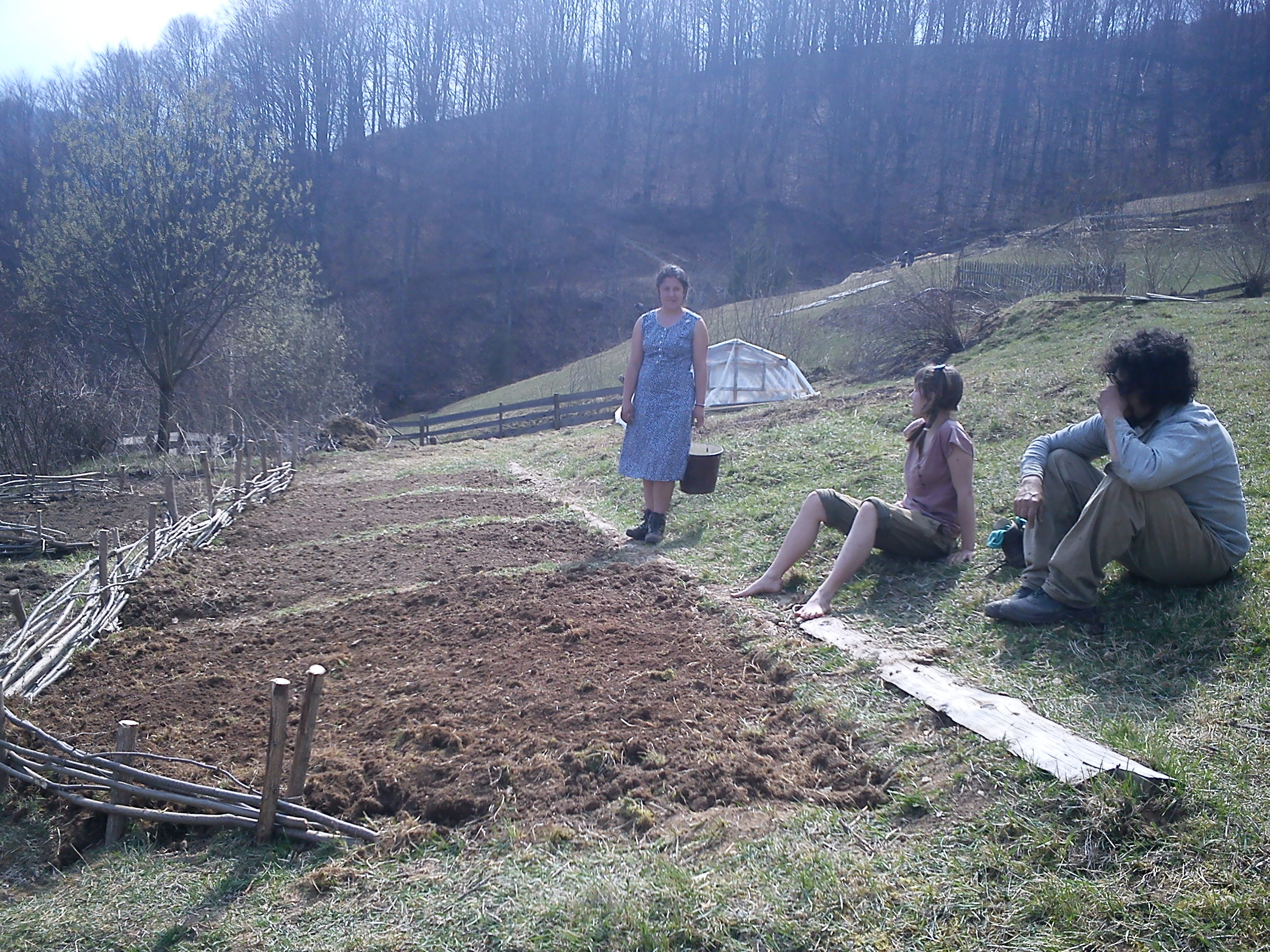 We have spent our evenings enjoying the company around my maintained fires, talking about random things, having our well deserved dinner with blueberry dessert and homemade marshmallows. “This weekend we have done as much as last year up until June!” admitted Roger with happy grin.

Although, our work may seem insignificant, but the idea of a ranch for people to get inspired is coming closer. Even now with average three to seven people weekly visiting Casa Mexicanului leaves many people astounded by simplicity, kindness, trust and pureness brought by Roger’s and Szuszi’s warm personalities. Together with our work we help them to get closer to dream of hosting even more people and organize art workshops which, together with a beautiful garden, could make the world a better place at-least one person at a time.